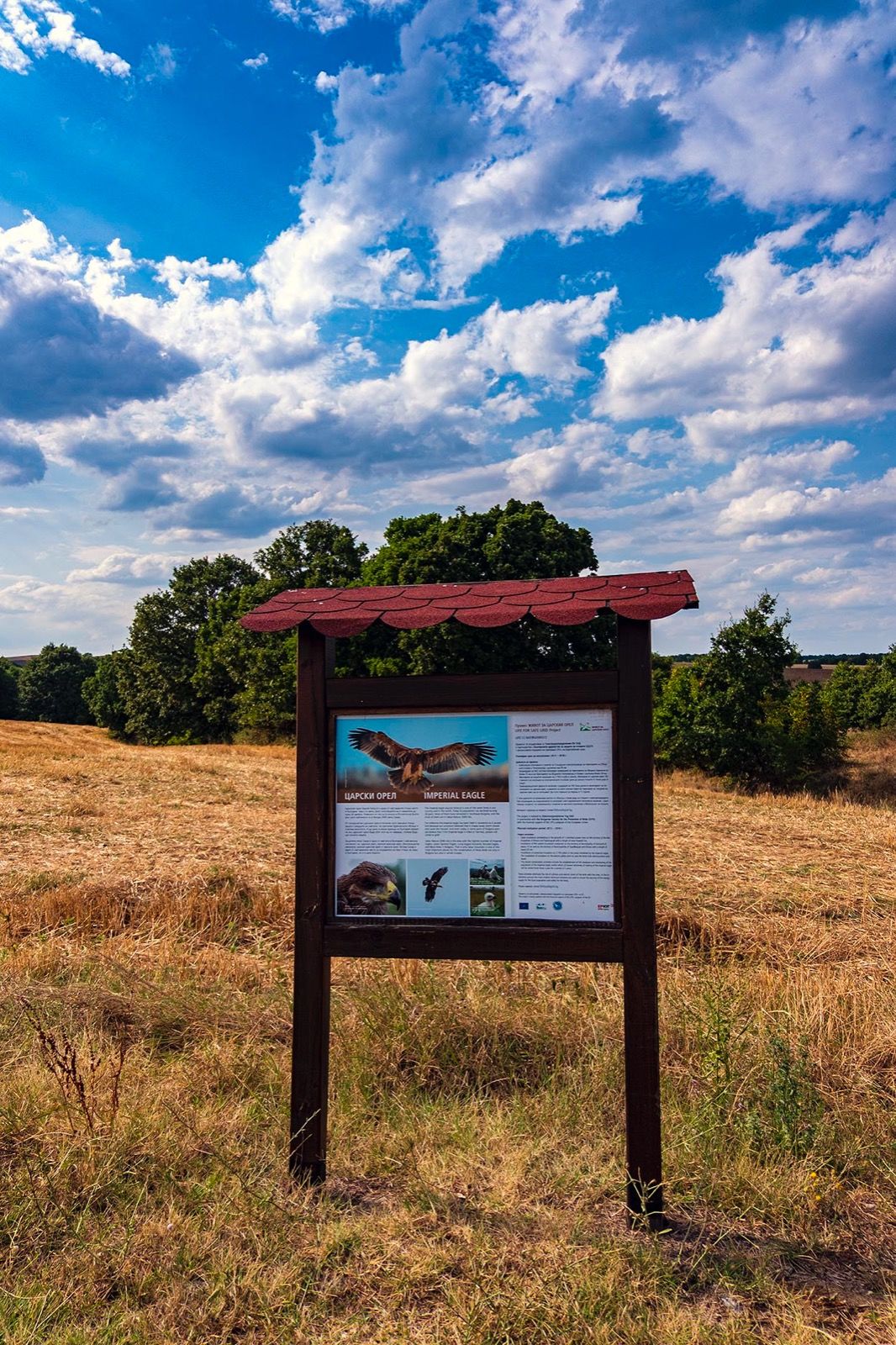 Eastern Imperial Eagle information display board
See, watch and photograph Eastern Imperial Eagle foothills Strandja mountains Bulgaria the birds of prey nest in the area during breeding time you can often see the nest guard with his spotter scope trained on the nest. The volunteers stand guard 24 hrs 7 days a week during egg incubation chicks hatch after 43 days and a breeding pair usually rears 1-3 young. With a conservation status as vulnerable (Population decreasing)the birds well feathered legs mark it as a member of the subfamily Aquilinae. Opportunistic predator mostly smallish mammals are its targets. Living preference tall woods, large mature trees with plains and open ground, relatively flat habitats. The eastern imperial eagle is quite a large eagle adult length range from 27 to 35 in with a typical wingspan of 5 ft 9 in to 7 ft 1 in. Poachers cottage is located within a short driving distance to viewing sites.

Via Pontica is the second largest migration route of birds of prey nesting in northeastern Europe spending the winter in Africa. Spring and autumn the invisible sky highway over Burgas Bulgaria known as the Via Pontica is filled with thousands of Raptors.
Next
Previous